The project targeted a total number of 800 beneficiaries with 673 beneficiaries implementing CFW activities and 127 are Unconditional Cash Transfer (UCT) of which are; 518 men and 282 females with project activity targeting 3 Water catchments and 7 Contour bunds where beneficiaries were drawn from all the 8-targeted villages in Berbera District.

The project started on the 1st August 2018 and was completed on the 30th June 2019.The initial time frame was 3 months; however this was amended to 6 months under the same 800 HHs. The target number of water catchments rehabilitation is 3 at the villages of Burco Kibir, Daragodle, and Kalabayd with a total of 172 beneficiaries of which 108 are males and 64 are females, with a total of number of 5 foremen supervising the workers. Each worker has a daily workload of 0.6 per day and has worked for a total of 60 working days (6 months) in total for Burco Kibir, Daragodle and Kalabayde. During rehabilitation, a total of 6,192M3 of soil was excavated over a period of 60 days to increase the water holding capacity of the water catchments to enhance the communities’ resilience and sustainability, which accounts for the total amount of soil excavation the project targeted.

Similarly 7 contour bunds were targeted across 7 villages namely (Dhimbijole, Biyole, Burco Kibir, Bureeqa, Wabaha, Hamas and Daragodle) for rehabilitation which will help to mitigate soil erosion. With these infrastructures, 483 beneficiaries were targeted of which 342 are males and 141 are females with 13 foremen supervising the activities. The daily workload per person is 1M3 of excavation per day. The beneficiaries have currently worked for 60 days and the total volume done so far is 28,920M3, with a total length of 28,920M constructed so far and the total area covered is 144.9 (Ha) which accounts for the total amount of soil excavation the project targeted area.

IMPACT AND SUSTAINABILITY OF THE PROJECT

The participation of women in the project was considered critical to the sustainability of this project, mainly because they are the primary water-collectors. To enhance their participation in decision making, the local communities agreed that they were represented in the community water management committee that was formed and trained. Again, women were given special consideration bearing in mind that their long term participation in the management of the projects was enhanced to ensure its sustainability.

In that regard, the communities in the Berbera district are more resilient and have a better capacity to environmental conservation and protection of vital catchments from destruction.

After the rehabilitation of the water catchments, a total of 20 beneficiaries were given training on environmental conservation and protection of vital catchments from destructions thus further enhancing the communities’ resilience. As such, the beneficiary communities in Berbera district are in a better position to sustainably manage their water catchment through the enhanced community water catchment management capacity.

In the implementation of this project, a total of US $361,270 was injected into the local economy. Directly, a total of 800 households benefitted from the project. From the proceeds of the income generated working for the rehabilitation of community infrastructure, some of the beneficiary households increased their livelihood assets such as livestock while other have opened small businesses for sustained income generation 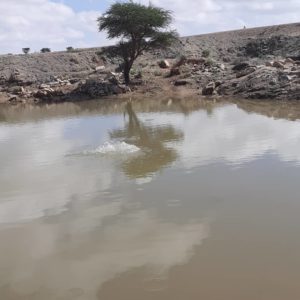 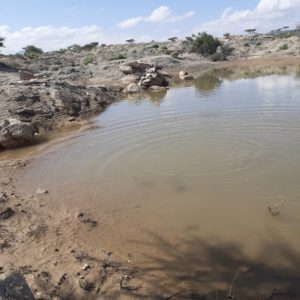 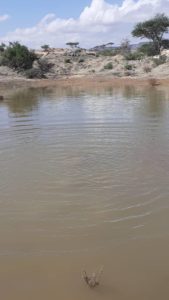 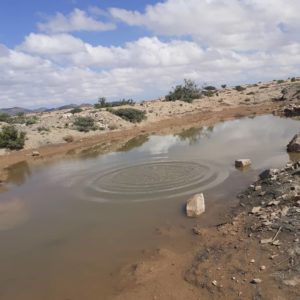